Order picking accounts for 55% of the annual $60 billion spent on warehouse operations in the United States. Reducing human-induced errors in the order fulfillment process can save warehouses and distributors significant costs. We investigate a radio-frequency identification (RFID)-based verification method wherein wearable RFID scanners, worn on the wrists, scan passive RFID tags mounted on an item’s bin as the item is picked.

The following is an excerpt from the study - view the whole report here!

Order picking, the process of collecting items in a specified quantity to fulfill a customer's order, accounts for over $30 billion in annual warehousing expenditures in the United States alone. Currently, 80% of order picking is performed by humans using paper-based pick lists.

Order picking accounts for over $30 billion in annual warehousing expenditures in the US alone.

There has been plenty of research studying the impact of various technologies in order picking - all of which have come to the same conclusions. When comparing  pick-to-head-up display (pick-to-HUD) to basically any other method (pick-to-voice, pick-to-paper, or pick-to-light) pick-to-HUD was significantly faster.

To test whether heads-up display smart glasses technology was indeed faster and more accurate, the researchers used Google Glass for our Heads-Up Display and bands for our wearable RFID readers.

The two wearable RFID readers were connected via a BluetoothLow Energy (BLE) session to the mobile device which was in turn connected to the smart glasses. When a picker reached into a bin, the band would read the passive RFID tag located on the lip of the bin and would send the encoded bin tag string tothe mobile device.

Adjusting the reader's power was a crucial factor for the effectiveness of our method. Too high a power, and the readers would pick up the nearby tags as well. Too low, and the subjects would struggle to get a valid scan, making the whole experience much less smooth. The mobile device would receive the scan, decide whether it was correct, and would update the smart glasses user interface appropriately. The picker would also hear either a confirmation or error tone after each pick.

The Results: Is Heads-Up-Display Technology Better?

Turns out, yes. The results show that using heads-up smart glasses was faster, more efficient, and more accurate than pick-to-voice, pick-to-paper, and pick-to-light solutions. In addition, it also won for user preference and cognitive workload.

Heads-up displays free up pickers' hands so they can be faster and more efficient. When these types of solutions were tested, the heads-up display was as much as 88% faster than pick-to-voice, pick-to-paper, and pick-to-light solutions.

Speed is important for warehouses to be successful, but not at the sacrifice of accuracy. Let's take a look at how these solutions compare on accuracy.

Warehouse mistakes that cause miss-picks and miss-ships are expensive and upset customers. A miss-pick occurs when:

When comparing heads-up displays to other picking methods, the results were clear: heads-up is significantly more accurate. As much as 173% more accurate.

Most errors recorded for heads-up display method were preventable. A number of errors were either directly or indirectly linked to a faulty RFID band (xBand) which often prevented pickers from scanning a certain tag. Another important cause of errors involved subjects placing items in the wrong receive bin.

Light picking errors were usually caused by lapses in attention like pickers clicking one button and pick from a different bin. This typeof error was surprisingly common because the vast majority of subjects pushed buttons with one hand and picked items with the other, which increased the probability of a human error. Such errors would not affect HUD-RFID due to the fact that the hand that scans is also the hand that picks. The rest of the errors were wrong receive bin errors. Light-Button has no way of correcting these errors, so they took atoll even if the subject recognized the mistake immediately.

For the paper-barcode method, many errors were caused by the cognitive distance between verification and pick. Pickers would scan a tag and not complete a pick, or would scan a number of tags in a batch and would only pick a portion of them.

One of our main takeaways is that the further one distances the verification from the pick, either in time or space, the more human errors will be induced. This result is promising for the HUD-RFID method which has the verification embedded in the pick.

Order picking using smart glasses was preferred over every solution except for pick-by-paper. The reason for this might be the initial awkwardness one feels when adjusting to any new technology from what you're used to, similar to when we, as consumers, buy a new phone. Studies show that humans are able to adapt to these sorts of changes incredibly fast - which would likely help smart glasses win over the remaining paper hold outs.

Using the NASA Task Load Index to measure the workload of each method, this study also analyzed the overall task load of pickers. The survey quantifies the pickers perception of the mental demand, physical demand, temporal demand, performance, effort, and frustration with a task.

The results were clear: heads-up smart glasses were less cognitively draining on pickers and much simpler to learn how to use. 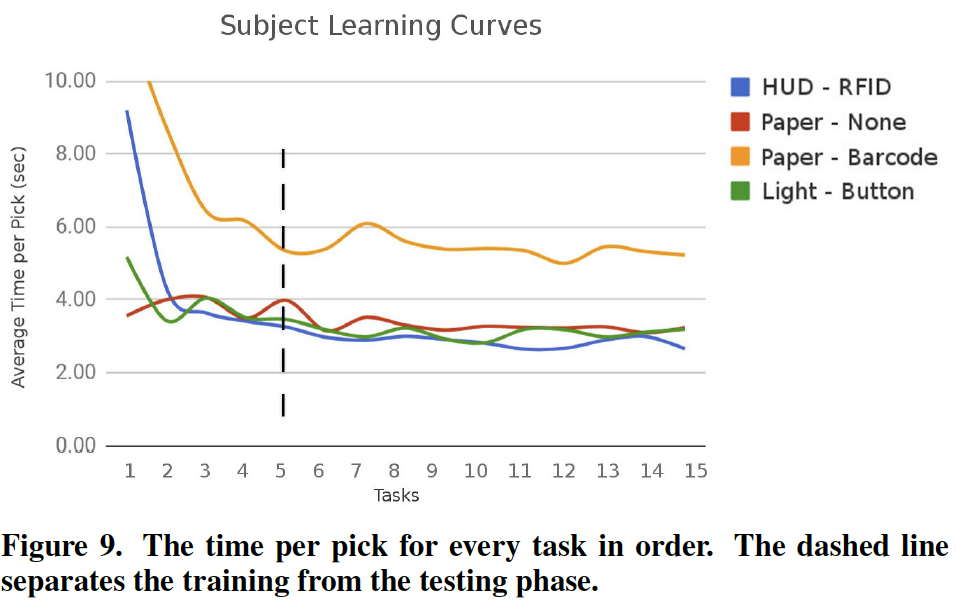 In terms of overall preference and workload, HUD-RFID was the most preferred and offered clear usability and comfort benefits. Considering the high implementation costs of pick-to-light, the high error rate of pick-to-paper, and the discomfort of pick-to-paper with barcode verification, pick-to-HUD with RFID verification offers a strong and cost effective solution to fast and accurate order picking.

Want more? This is just an excerpt from the study - view the whole report here!

Wondering how to improve your warehouse pick rate? You’re not alone. As eCommerce and retail grows, every warehouse wants to improve the efficiency and accuracy of their... 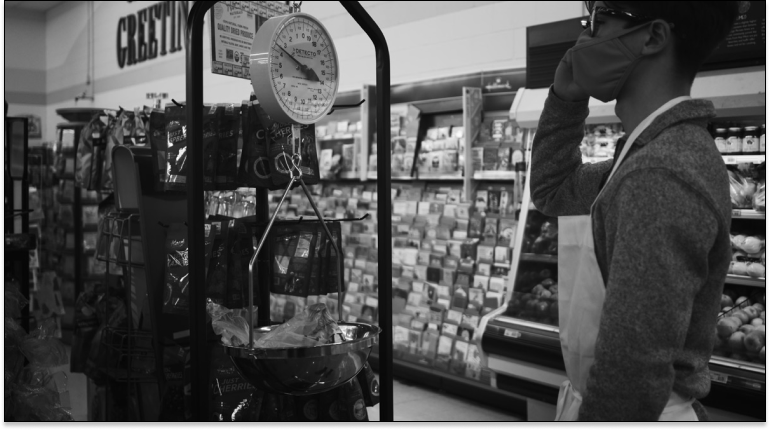 What is Voice Picking?

Voice picking, also known as voice-directed picking and Pick-by-Voice (PbV), is a super-efficient hands-free order picking method where the picking associate wears a...