Pick-by-Paper is the oldest and most common method of item picking and works just as it sounds: associates fulfill orders by picking items from a paper list.

Order fulfillment using pick-by-paper is the most common picking method in warehouses and retail environments because it can be done without the costly addition of technology. Picklists are generated - either manually by a human or automatically by a computer - and recorded onto a paper picklist that an associate will then use to fulfill an order or series of orders.

In addition to being used by smaller warehouses, pick-by-paper is also optimal for warehouses with a limited number of SKUs. This makes sense at this stage, seeing as a retailer that caters to just one or two items can easily make the lists of orders to be picked.

Pick-by-paper is a pretty simple and straightforward process as most orders are filled using the discrete picking method – that’s picking orders one at a time. However, as retail operations expand, order volumes increase, SKUs multiply, warehouses expand, and pick paths become longer, many retailers still stick to this method, even though it’s less efficient and accurate.

Pick-by-paper is often described as tedious, error-prone, labor-intensive, and time-wasting, pick-by-paper is by far the most popular order-picking method in warehouses across the globe. Why is this? The problem with the pick-by-paper method in many eCommerce or retail operations is that it has many downsides:

Ultimately, paper-based picking methods end up costing the retailer more in operational expenses. It is estimated that retailers end up spending 60-70 percent of labor costs on traveling instead of order picking.

So, are paper-based picking systems worth it? Well, that depends on your current operational situation.

If you run a medium to large-sized retail business, the pick-by-paper method will hurt your business’ supply chain efficiency – even if it was great in your early stages. As a result, you may want to consider other more efficient picking methods that are better suited to your retail operations - like vision or voice picking.

But if you have a relatively small retail operation with a small SKU base, and limited stock or inventory, pick-by-paper is a practical solution. This is because it is easy to implement, it is cheap and it works. 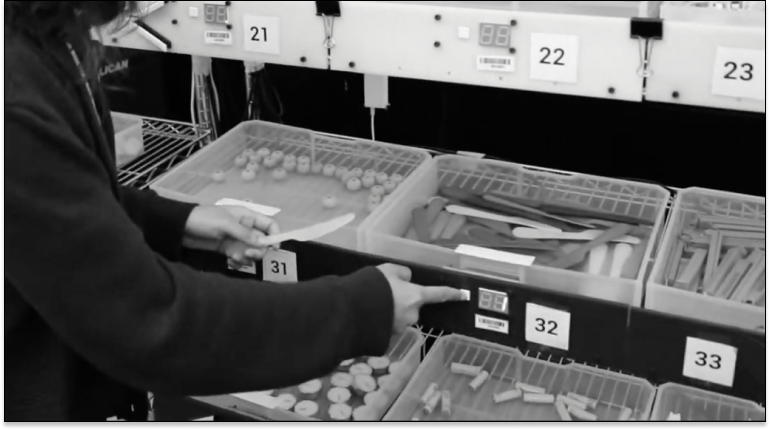 Pick-to-light, also known as Pick-by-Light (PbL), is a light-directed system that shows a warehouse picker the exact location of the item and the number of items they...

What is Voice Picking?

Voice picking, also known as voice-directed picking and Pick-by-Voice (PbV), is a super-efficient hands-free order picking method where the picking associate wears a...